In 2020, the UACPA turned 100 years old! This timeline will give you a glance at what the past 100 years have been like for CPAs in Utah.

Article 2 of the first by-laws states: "The objects of the association shall be to raise the standard of public accountancy as a profession, to advance and safeguard the interests of the members of the association, and to promote harmony and cordiality among them." 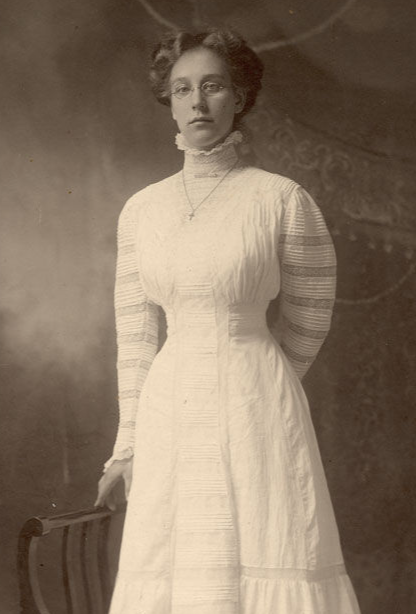 Christian Mathias Christensen, first candidate to take the American Institutes exam in Utah, passed with the highest grade in the nation.

The UACPA hosts the first regional convention of CPAs held in the U.S. and pioneers the organization of the Mountain States Conference under the direction of UACPA president C.I. Fox.

44 of 48 states were giving the Institute's CPA Examination twice yearly. 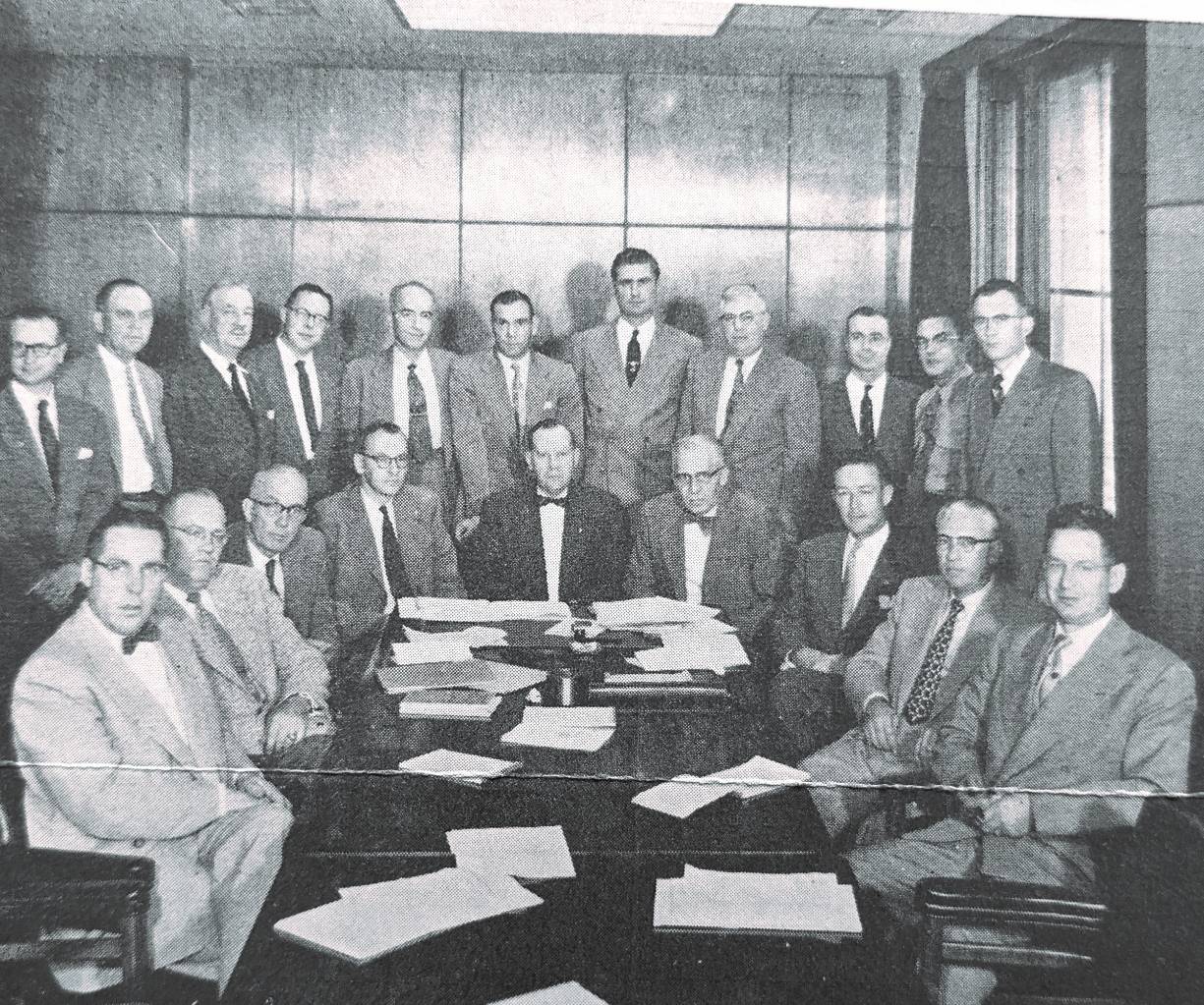 Ogden Chapter organized as a round table group.

Lewis H. Lloyd, director of research for the Utah Legislative Council, commended for his contribution in formulating a system of integrating state teacher retirement with federal social security to increase retirement benefits at a reduced cost to the state. 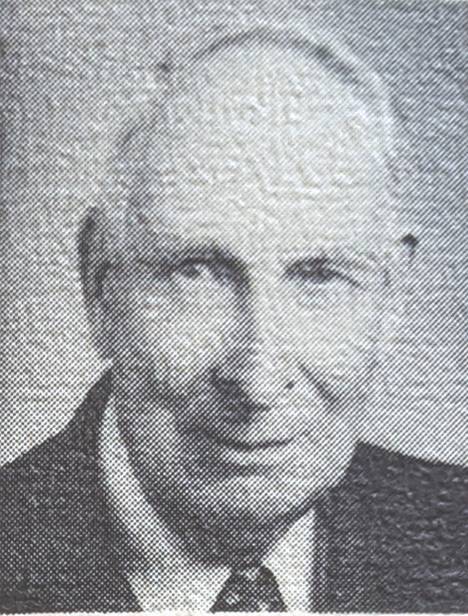 Bylaws amended to provide for a president-elect and three regional vice presidents.

The Utah CPA Newsletter introduced as a more frequent communication vehicle, since the regular newsletter was only published a few times per year. 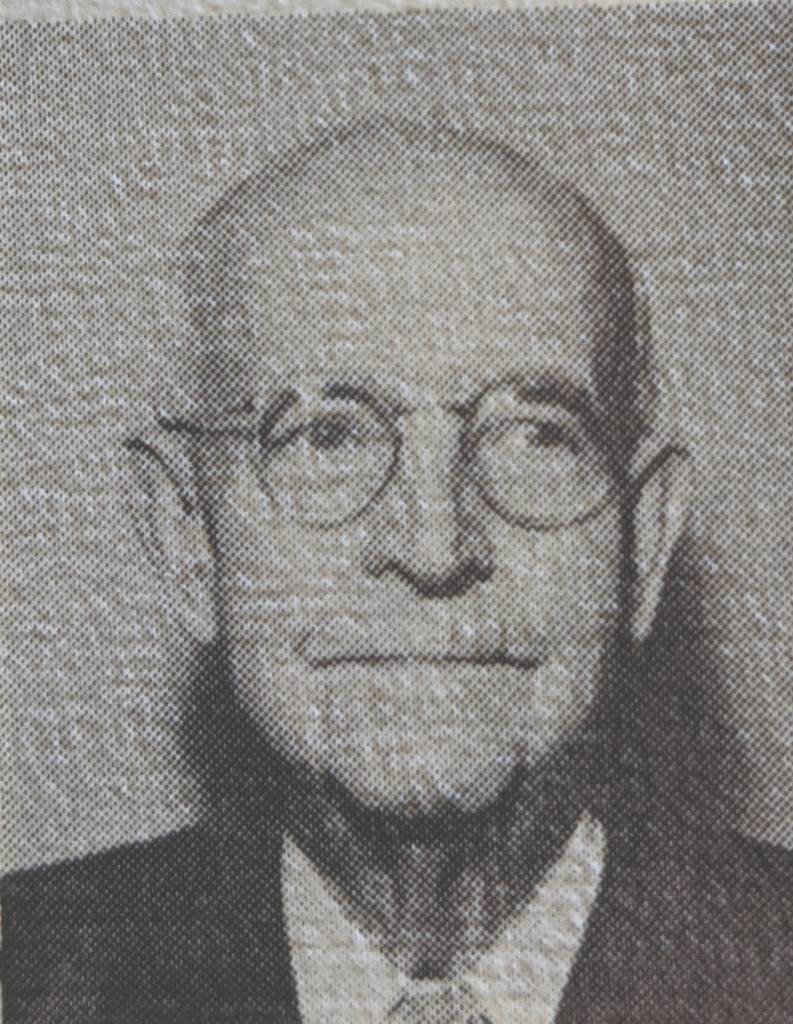 Special dinner held in honor of Percy Goddard's 50 years of service to the profession.

On January 11, a charter was granted by the American Society of Women Accountants forming the Utah Chapter. The ASWA offers membership to women actively engaged in the accounting profession to advance interest in all accounting fields.

Professional Conduct Committee determined window signs for CPAs should be solely for the purpose of enabling interested parties to locate their office and should be in good taste and modest in size.

Utah is one of 34 states making the honor roll  with 25% or more of its members participating in AICPA professional development courses.

Awards and Scholarship Committee begins the UACPA Educational Foundation and grants first awards at the annual meeting on Sept. 10 and 11.

New Public Accountancy Act increases education requirement to a baccalaureate degree with a major in accounting or equivalent. Experience requirement becomes two years with a CPA firm or one year if applicant holds a master’s degree in accounting or business administration.

with 25% or more of its members participating in AICPA professional development courses. 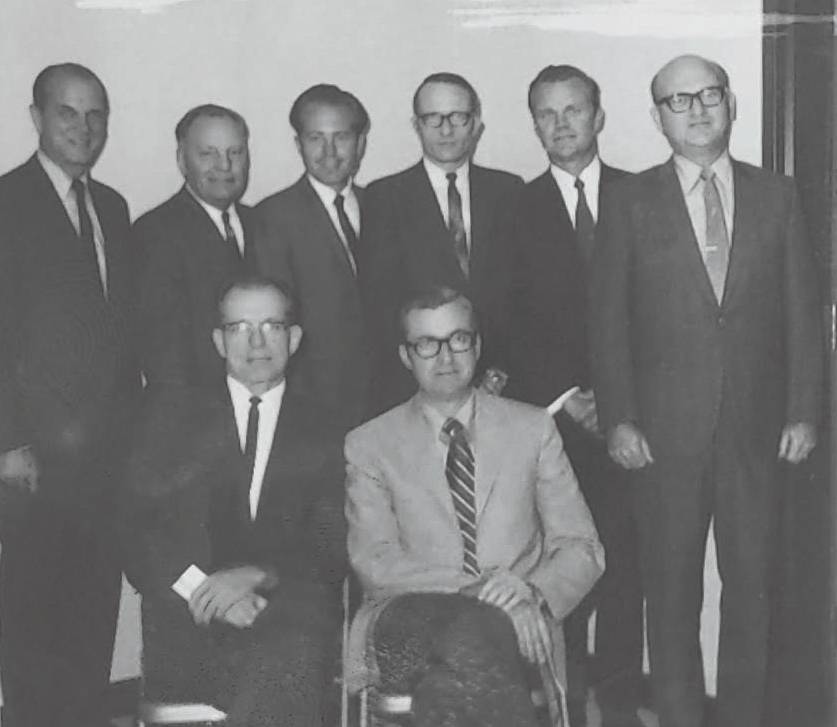 Officers are elected at the business meeting during the annual meeting at the Salt Palace.

Fred Wunderli, UACPA president, reported the accounting profession had passed another milestone when Arthur Andersen & Co. published a financial report for the first time and suggested this voluntary disclosure would set a new trend. 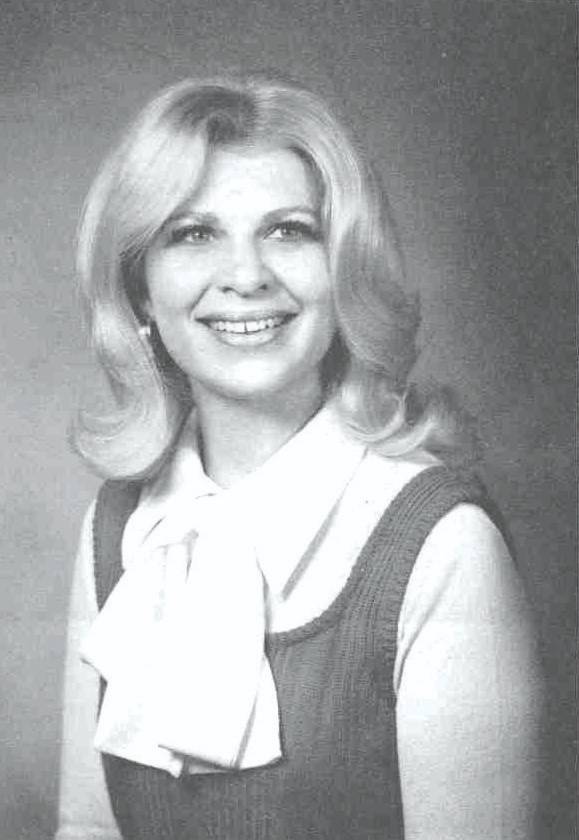 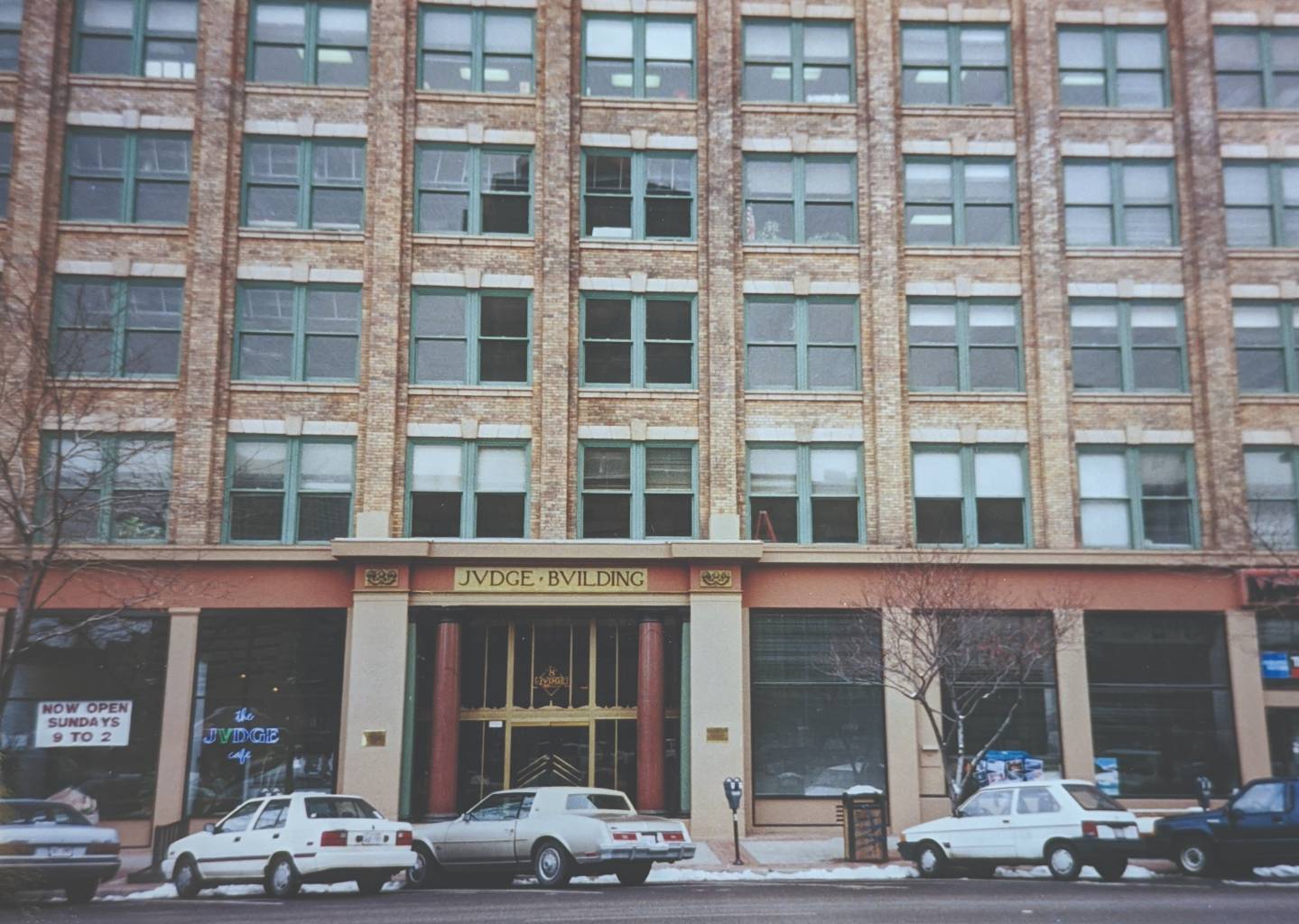 Speakers Bureau started by the UACPA Committee on Cooperation with other professional groups.

Dues increased $15 to be used for public relations programs.

Francie Whitehead retires and Barbara Gardner takes over as the executive director.

On June 27 – 29, the Annual Meeting was held at Hotel Utah with two days of meetings and a recreation day that includes golf, tennis and a banquet that evening.

Jeannie Patton is hired as executive director and Donna Salter as CPE coordinator. 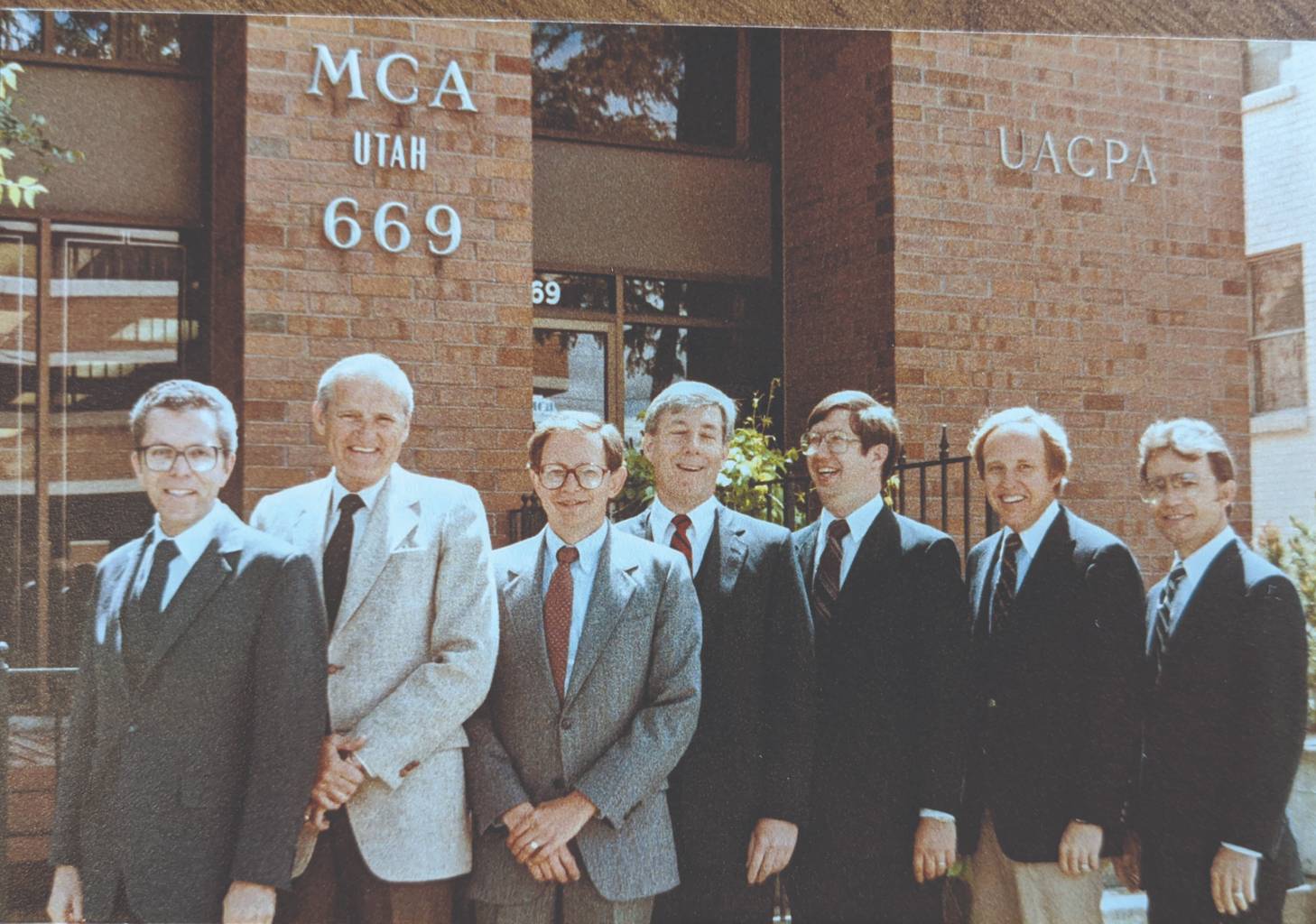 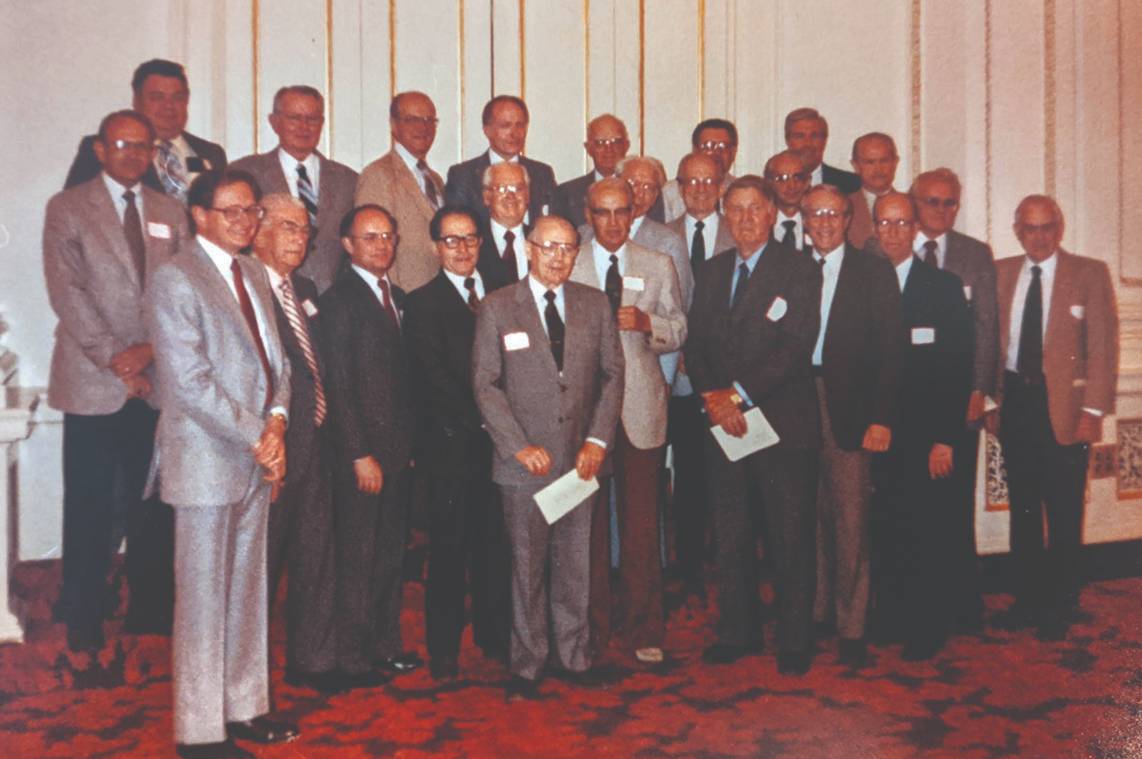 All living UACPA past presidents honored at the Annual Meeting.

First major PR campaign, "Ask a CPA and Be Sure," created by Zabriskie & Associates, promotes the UACPA and profession with ads and radio spots.

CPA Poll published in newsletter to obtain members' perspectives on issues affecting our state and nation with results released to news media for publicity. 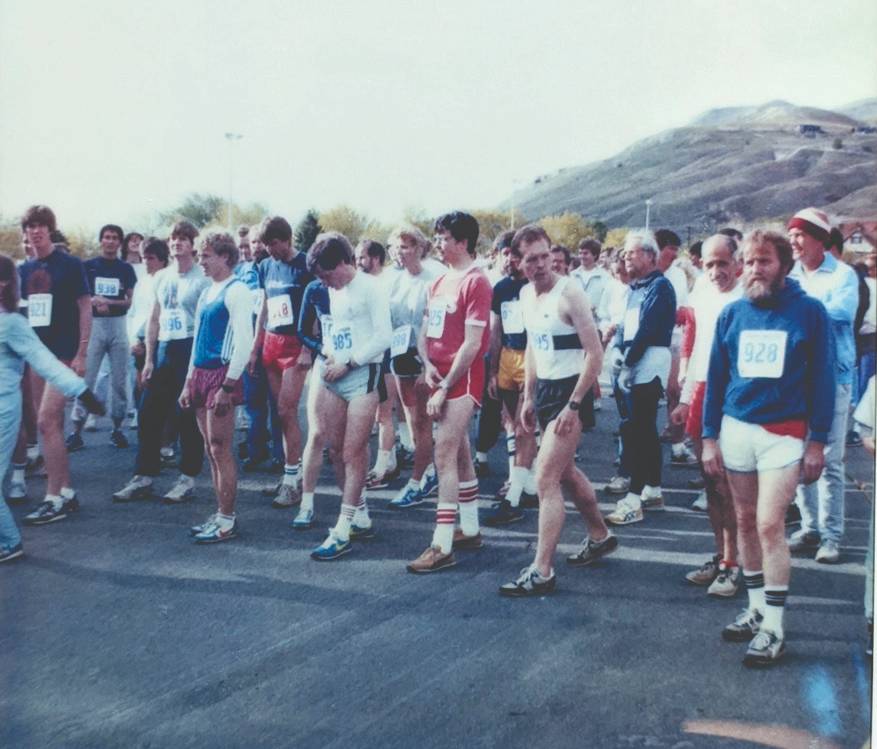 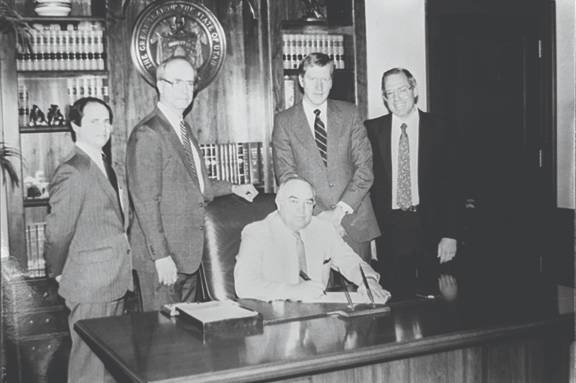 AICPA Code of Ethics allows CPAs to take commissions or contingent fees from clients for whom they do not perform audit, review or compilation services and examinations of prospective financial statements.

Board grants life membership to retired members who meet criteria. 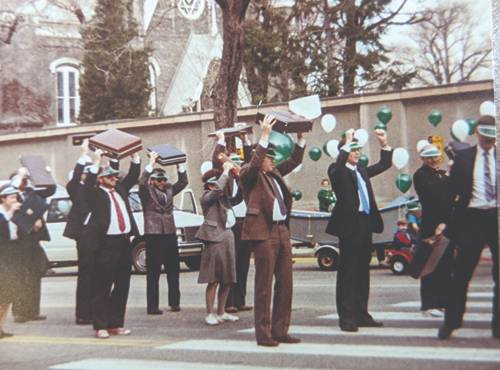 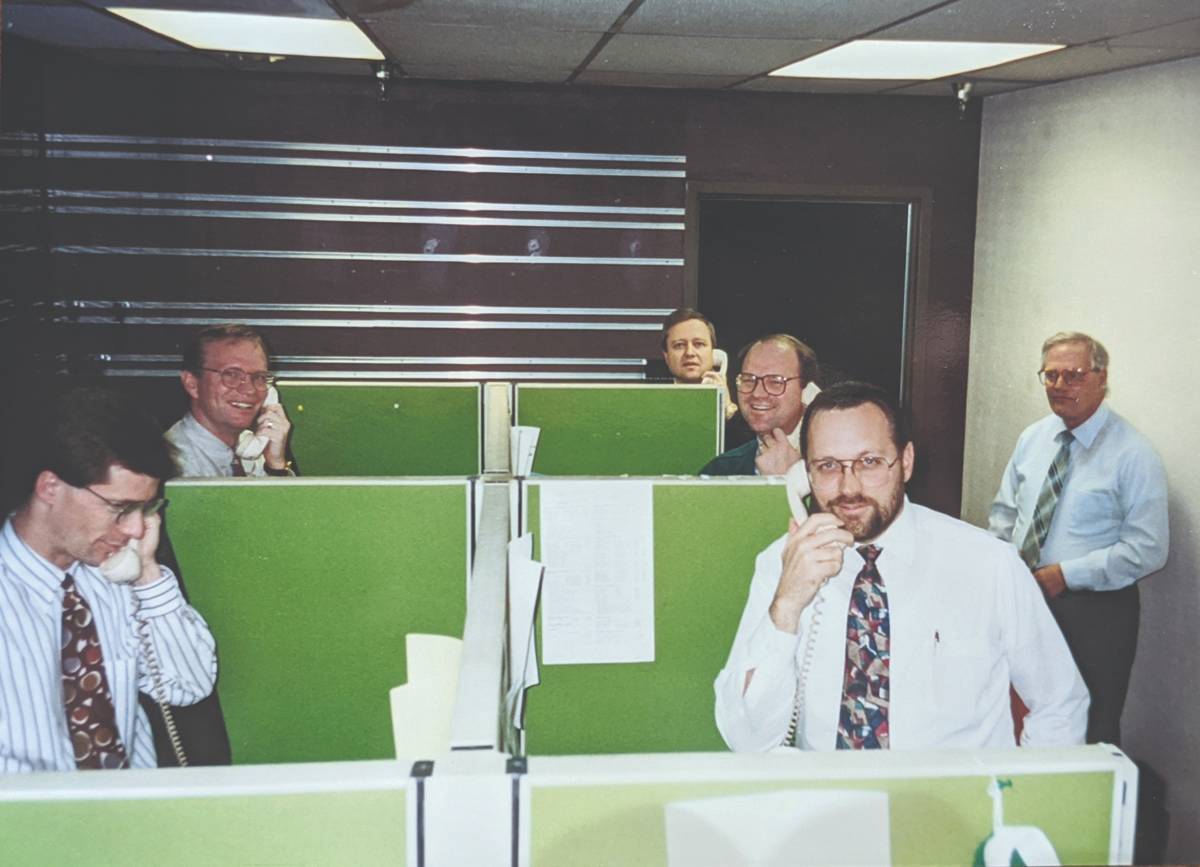 Established candidate for admission status for individuals who have passed the CPA Exam and are working toward completion of the experience requirement. 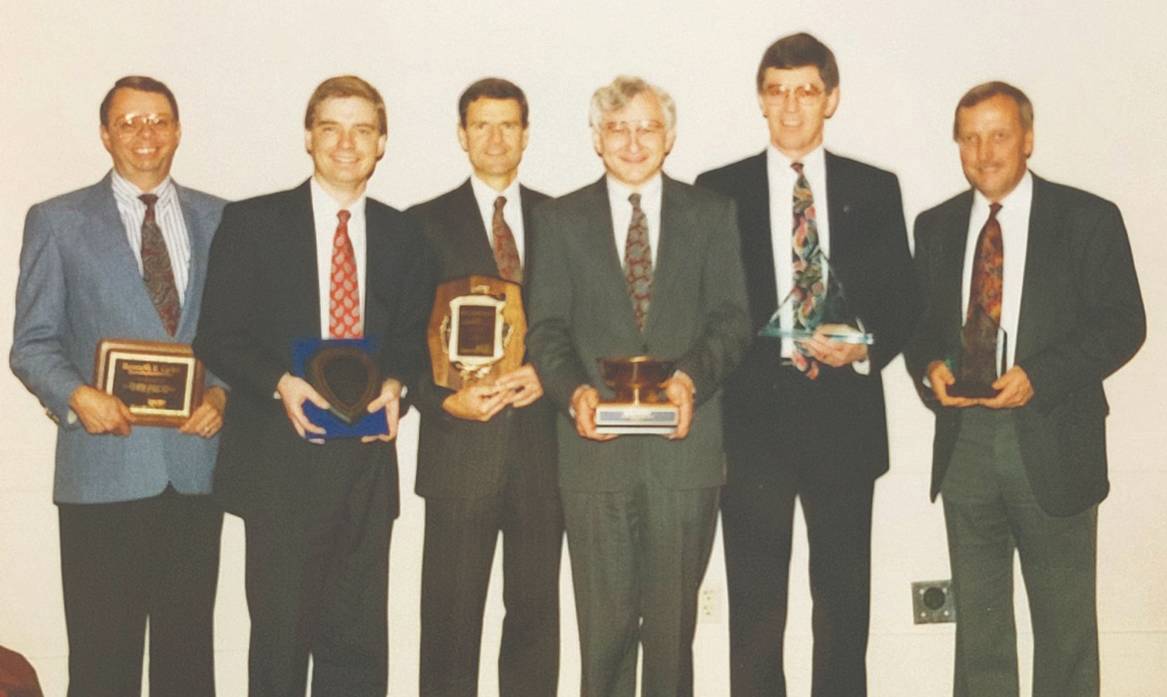 UACPA begins administration of Quality Review Program for members not enrolled in the AICPA program.

UACPA Annual Meeting and Awards Luncheon is on June 16 at the Salt Lake Hilton with Jon Huntsman Jr. as the speaker addressing business in the next 75 years.

The UACPA creates a speakers bureau and invites members who enjoy public speaking to be a part of it. 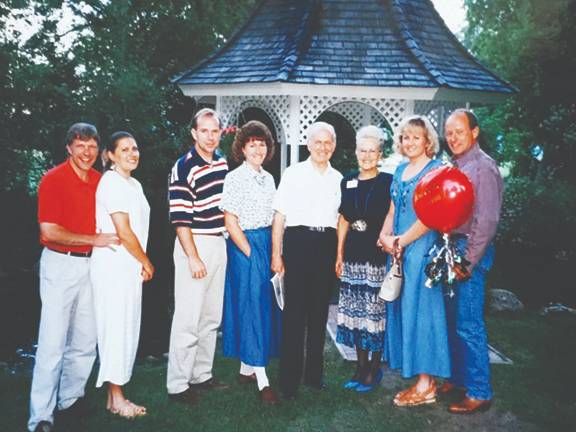 The UACPA staff get email.

UACPA revamped member and accounting database to have a more simplified system. “Over the next three to five years, we expect to convert many of our printed materials to an electronic format.”

The Utah CPA Education Foundation was revamped to help encourage students to enter the accounting profession.

Ken Cutler becomes the strategic planning director and also becomes the Chair of the Trustees for the Utah CPA Education Foundation.

The UACPA Career and Family Issues Committee was formed to serve the other members of the UACPA. The goal is evidenced by our mission statement: enhancing UACPA members’ quality of life through career and family balance. Monthly topic, elder care.

Adoption of the Utah Accountancy Practice Act (“Act”) on the last day of the 2000 legislative session. This bill amended non-CPA ownership.

Emerging CPA Committee was formed to meet the needs of those entering the profession.

The UACPA introduced “Book of the Month” Club. The first book session was Nov. 21 where members brought a brown bag lunch and discussed “True Professionalism” by David H. Maister.

Bylaw Revision Ballot was sent to members outlining the challenges facing the profession.

Leadership Council was formed, consisting of the executive board, chapter presidents, committee group coaches, committee chairs, Immediate past president and most UACPA committees and task forces.

The Practice Advisory Council was created to support and address the needs of CPAs in public practice.

The Enron scandal leads to perceived failure of the accounting profession.

The K-12 Committee is created to focus on educating youth about a career as a CPA. The University Relations Committee formed to work with faculty at the universities.

New initiatives include the CPAs in Business & Management (BAM) Conference and the Blue Ribbon Task Force led by Charlie Johnson and 60 members discussing the CPA profession’s future. The Special Member Task Force (SMTF) was formed and headed by Troy Lewis.

Winter Conference speakers were Tom Hood, Kelly Matthews and Carole Mikita, co-anchor of “Eyewitness News" at 6:30 and part of the Channel 5 news team. 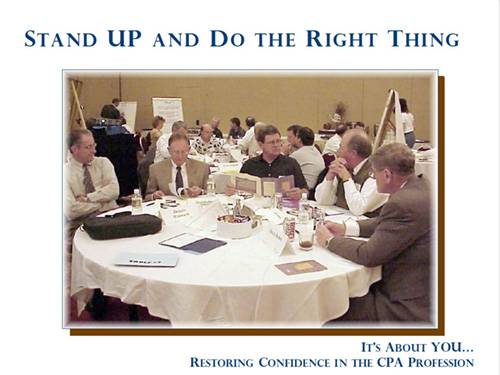 "Stand Up and Do the Right Thing" was distributed to members following the 2002 Member Summit.

The “Can We Talk” series brought together different segments of membership — sole practitioners, national/local firms, business and management, government, education – to better understand needs and to let them know what types of issues and services the association is addressing. 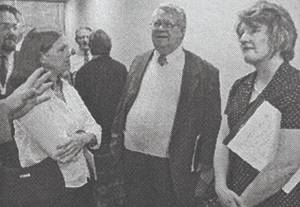 UACPA Leadership Council spends a day on the hill on July 14 with Governor Olene Walker ahead of her unveiling of her tax plan on Aug. 18.

The Uniform CPA Examination moves to being computerized and its testing process changed to reflect the current skill sets required to be successful in the business community and protect the public interest.

A computer-based CPA Exam is launched on April 5.

UACPA past presidents reunite to connect and discuss the PCAOB.

The K-12 Committee is highly active with high schools, colleges and emerging CPAs.

Sole to Sole Committee is created to have round table discussions to support sole practitioners.

CPA Ambassador Program is led by the AICPA to help 15 select members in speaking and message training as they venture into the community.

UACPA joins in the national Feed the Pig PSA campaign featuring Benjamin Banks as the mascot. 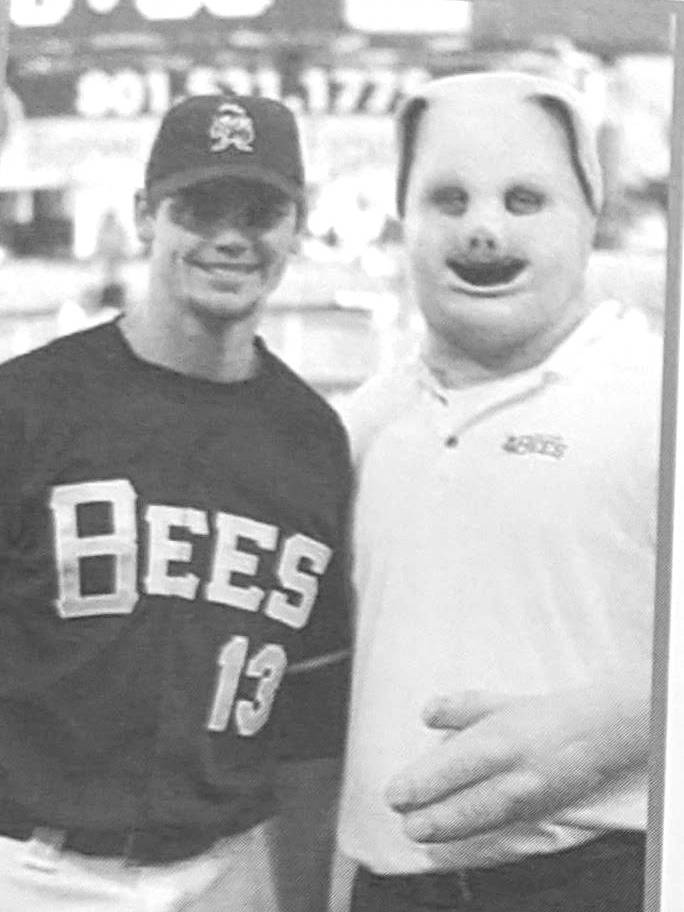 Benjamin Banks throws the first pitch at the Salt Lake Bees game in August at the
UACPA night at the ballpark.

Progress is made on CPA mobility in Utah.

Jeannie Patton leaves the UACPA in the summer of 2008.

Utah CPA Education Foundation celebrates 10 years with contributions supporting the funding of the Financial Literacy Task Force and the activities of the ProNet Council.

The Annual Meeting returns — the last meeting was in 1990 — and held at the Grand America.

UACPA membership survey guides the Strategic Planning Task Force in redefining the UACPA mission and core values to define a vision, engage stakeholders, analyze and debate current and future strategies, tactics, initiatives and programs. Additionally, it provides guidance to councils, committees and chapters to agree upon a clear and meaningful governance structure that adds value to the UACPA and measuring success.

Four- and six-week courses — “The Money Game Rules & Strategies for Winning” — were put on by the Financial Literacy Task Force.

The first Leadership Academy is held in September in Deer Valley and led by Tom Hood.

CPE Strategic Planning Task Force was formed to stay ahead of changing CPE needs and formats. 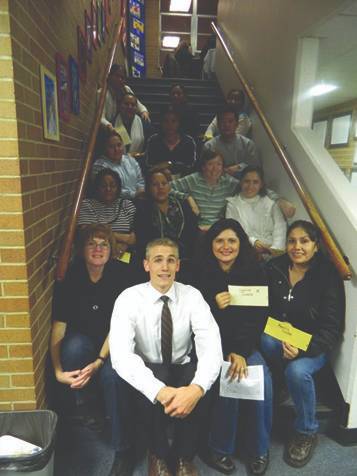 UACPA Week was held Aug. 21 – 24 with a golf tournament, Annual Meeting and Awards Luncheon and Inauguration.

UACPA Week is Aug. 20 – 23 with an open house at the new office in the Redman Building on Aug. 20, a golf tournament at Soldier Hollow in Midway on Aug. 21 and a Member Summit and Awards Banquet on Aug. 23.

Summit on Women in the CPA Profession in Utah held on May 30 at Pierpont Place.

Susan Speirs becomes the CEO of the UACPA.

Immediate past president Kent Thomas leads the Ethics Committee to address issues from DOPL via our State Board of Accountancy. 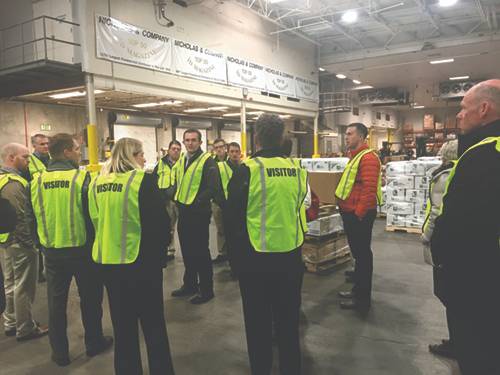 Launched BAM Forum with tours to businesses with a speaker and lunch.

The UACPA partners with KSL for the Tax Tips Series —  ten weeks of tips to promote the value of a CPA.

Operations procedures for the strategic plan is unveiled.

UACPA participates in a combined meet & mingle with members of the Utah Nonprofit Association.

CPA Day on the Hill features a tour of the capitol and presentation from state auditor John Dougall.

CPE reporting period is extended to Dec. 31, 2018 to align licensure renewal and reporting to take place at the same time. Now license expiration shifts to December 31 of even years.

Leadership Academy 2.0 is held for past attendees. 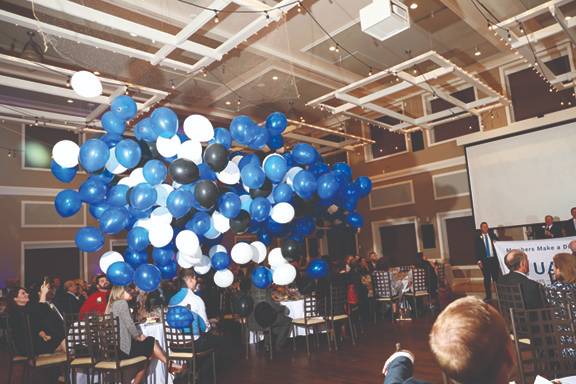 The Lecture Series was launched and features CPE for a mix of live and online audience.

Held and attended discussions regarding tax reform throughout the state.